A short history of Aeolian Sinfonia 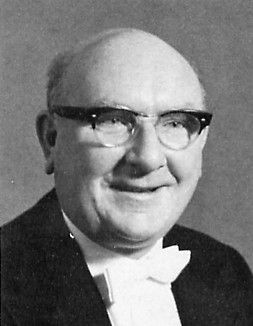 The orchestra began its rather itinerant history at least thirty-five years ago as the Kensington Sinfonia, conducted by Roy Budden (1913-2009). In the orchestra's earliest days, rehearsals were held in Fox Junior School in Kensington, and the orchestra gave three concerts a year in St Augustine's Church, Queen's Gate.

For many years, the orchestra's first flute was BBC Producer and Presenter Charles Chilton (1917-2013).

When the school suddenly doubled its hire charges, the orchestra was forced to move to another rehearsal venue - the Working Man's College in Crowndale Road, Mornington Crescent, and at this point the orchestra changed its name to the Mornington Sinfonia. The room at the WMC was a rather gloomy basement with a low ceiling and bad acoustics, not liked by the orchestra or its audience, so soon we were on the move again, this time to another junior school in the same area. The new school venue also had its problems - local children would break in during rehearsals and shout at us, and the chairs were infant-sized and had to be stacked in fours to make them high enough. A cellist fell off her pile of chairs, once, and twisted her wrist. 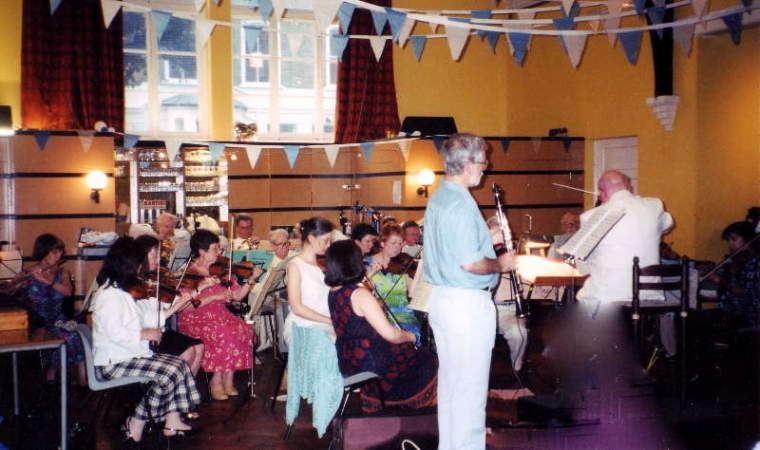 After a couple of years we were ready to move on again, this time to St Mark's Church in Regent's Park. Here we gave many concerts with some memorable soloists, including several of the Beethoven symphonies and also symphonies by Brahms and Dvorak. Although the church had a fine acoustic, some members of the orchestra thought that it was too cold, that the lighting was poor and that it was too far to walk from the tube station. Hence the orchestra's most recent move, to its current venue - Our Lady Help of Christians Church in Kentish Town. (The orchestra changed its name again in 2019 to Aeolian Sinfonia of North London, acknowledging this further move north.)

By this time, Roy Budden, still the orchestra's conductor, was in his early 90s and becoming rather frail. Roy resigned in 2007, and his position was taken by Brian Smith for the 2007-8 season.

We were sad to hear of Roy Budden's death on 25 November 2009. You can read online obituaries at Hampstead Garden Opera and Music & Vision Magazine. Several members of the orchestra were involved in the music-making at Roy's funeral in December 2009.

On 8 July 2010 we shared a concert in Kentish Town - Music for a Summer's Evening - with two other groups - the Leon Singers (directed by Mary Mogil, with Marije Rommes, soprano) and the Kentish Town Brass Consort. Sadly, this was to be our last concert with Pamela, who passed away, aged 92, on 24 November 2010, almost exactly a year after Roy's death.

Please note that we're still in the process of re-discovering the history of our orchestra. If you have any corrections to the information here, or if you can provide further details - maybe information about some of our earlier concerts, please let us know.

Next rehearsals:
We hope to resume rehearsals
in September 2021.